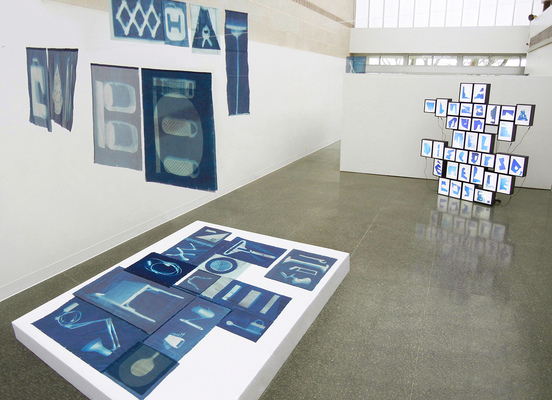 In the Tractatus Logico-Philosophicus, Ludwig Wittgenstein proposes a philosophy of representation whereby facts, objects and thoughts extend beyond language. In these terms, the attachment of a picture to reality creates an illogical space.

Wittgenstein's concepts resonated with me during an artist's residency in Krems, Austria, not far from his birthplace of Vienna. Using the objects in my studio, I created cyanotype prints on silk and other found fabrics. The solar prints refer to displaced experience through the translation between form and language. The ghosts of ontological forms are arranged and organized like a ransom note, transcending the physicality of the respective materials. Like lies that lie in things, these fabrics can be read in a way that reinforces Wittgenstein’s proposition:

"What can be shown cannot be said." 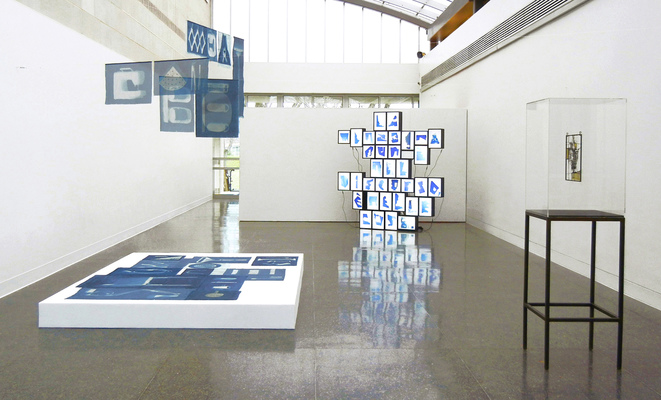 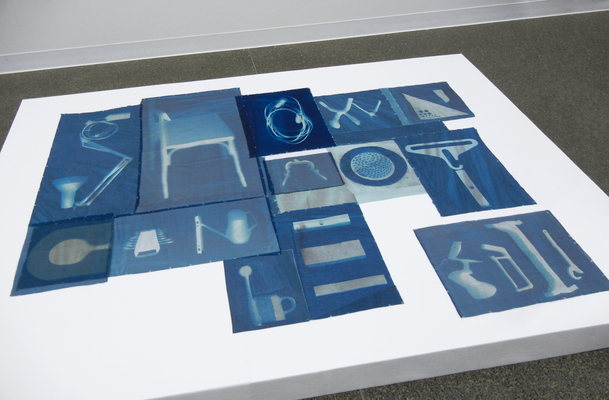 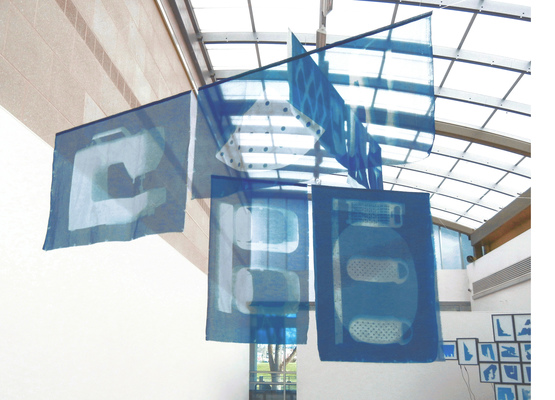 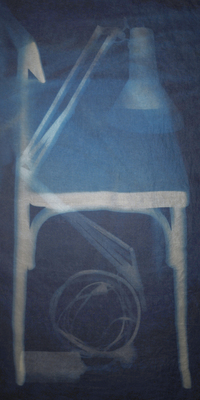 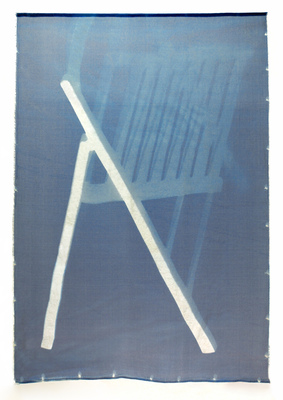 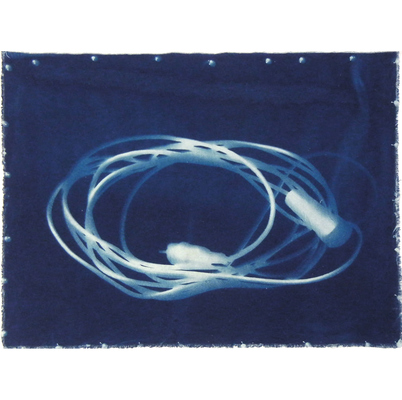 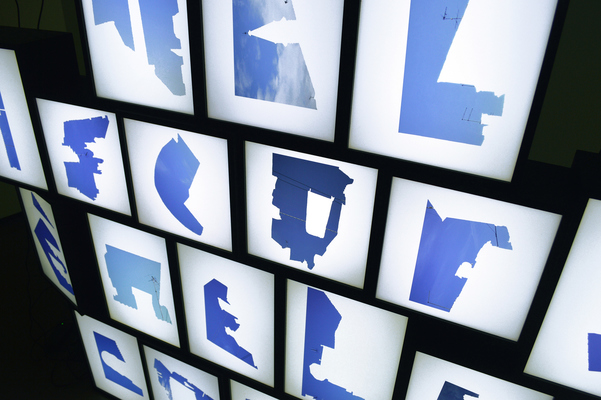 In a fictitious dialog between the Venetian explorer, Marco Polo, and the great Kublai Kahn, Polo attempts to describe Kahn's empire using keepsakes from his travels. Polo claims:
"Falsehood is never in words, it is in things."

The concept for this installation grew from ongoing project research conducted on the island of Burano, Italy, located in the Venetian lagoon. Witnessing the impact of global trade and tourism on the fragile ecological, social and economic structure of Burano and other idyllic travel destinations prompted a deeper investigation into the stories of objects, places, and the people who ritualize them.

Known for its beautiful, colorful houses and hanging laundry, the subjects of these back-lit images are typical of those captured by the hundreds who visit the island of Burano every day. These images, however, (which are not altered except for the removal of the structures and laundry), reveal that voice and void are concurrent forces. 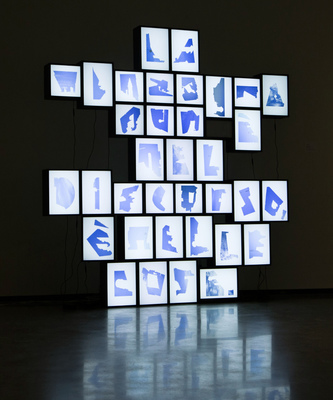 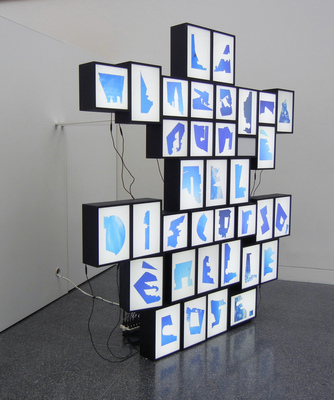 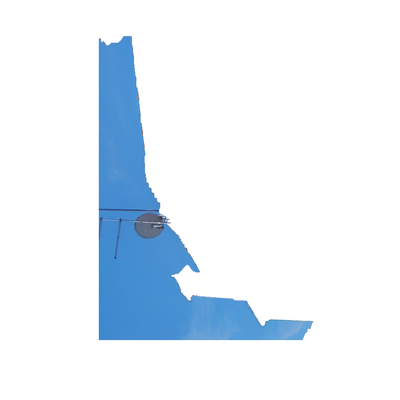 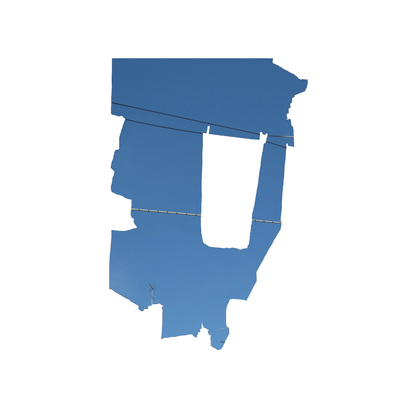 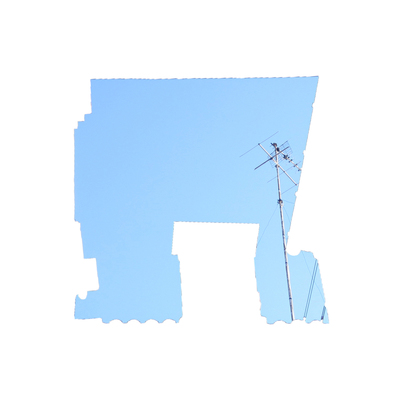 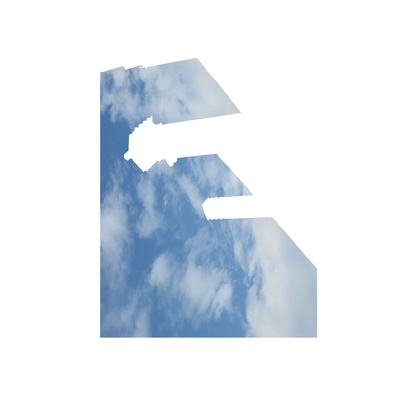 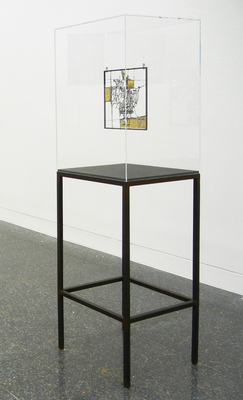 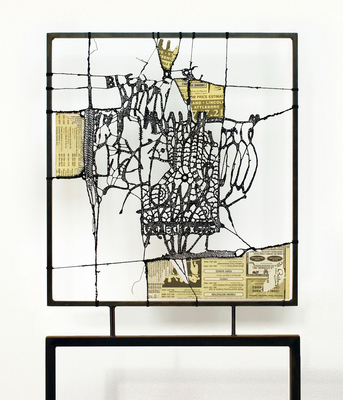 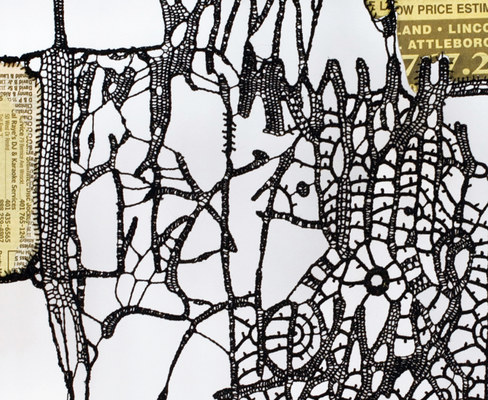